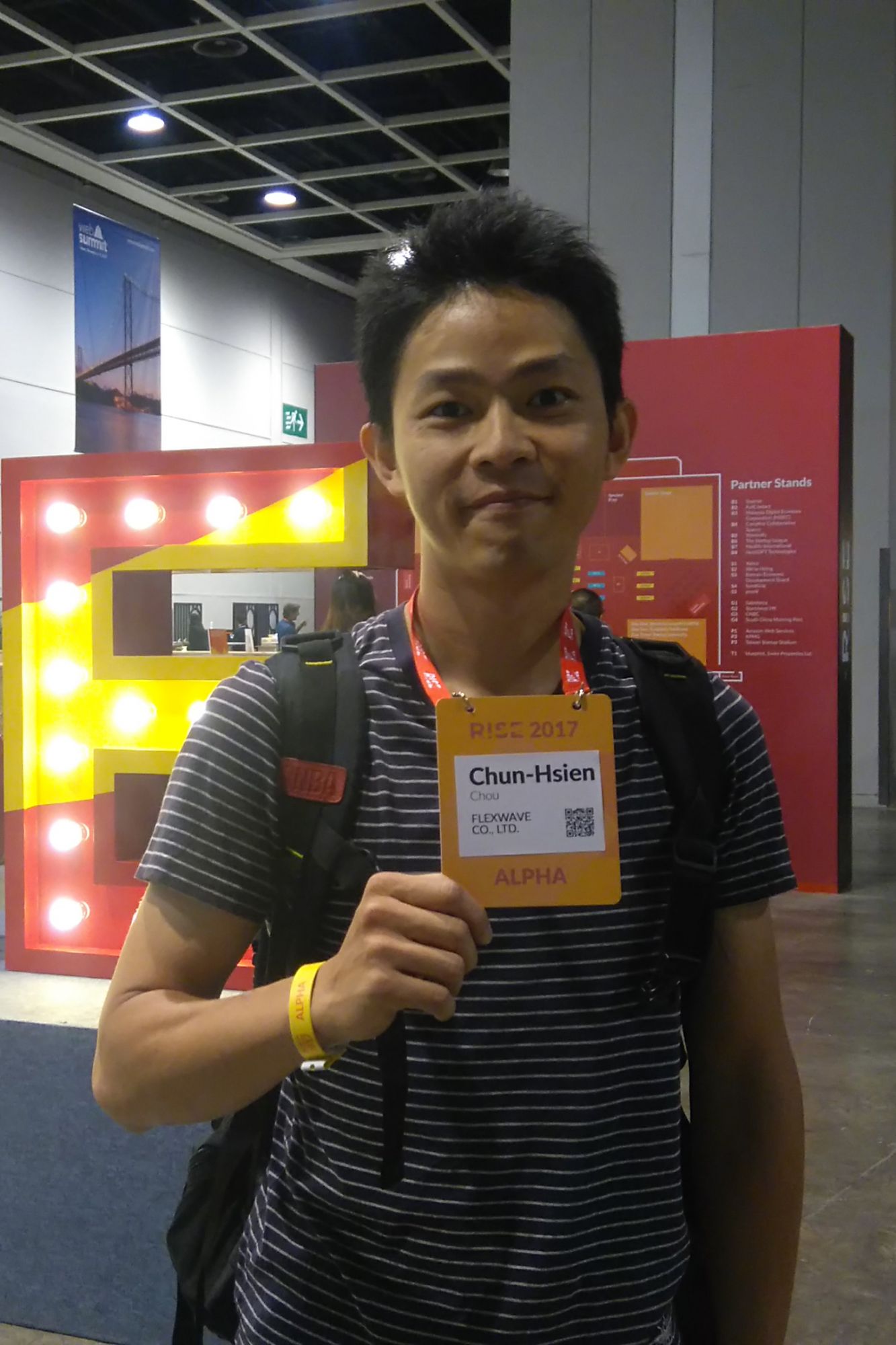 Daniel Chou worked in the R&D department of a German-funded solar energy company before returning to scientific research and establishing Flexwave in August 2014 based on his own technology. With this he hopes to bring a different milieu of innovation to Taiwan. So far, Flexwave has received a number of awards under his leadership, including for the most creative team of 2014 from the Investment Expo of Small and Medium Enterprise Administration, Ministry of Economic Affairs, and the 2016 Inno VEX Special Award. Flexwave was invited by ENGiE to attend Viva Tech in France, and was asked to represent Taiwan at the APICTA Awards in 2016, at which it won the silver award. In 2017, Flexwave received subsidies from the Taiwan Innovation and Entrepreneurship Center for immersion training in Silicon Valley. At the Schneider Electric Innovation Summit held in Singapore in September 2018, Flexwave was not only the sole Taiwanese startup invited, but also ranked in the top 20.