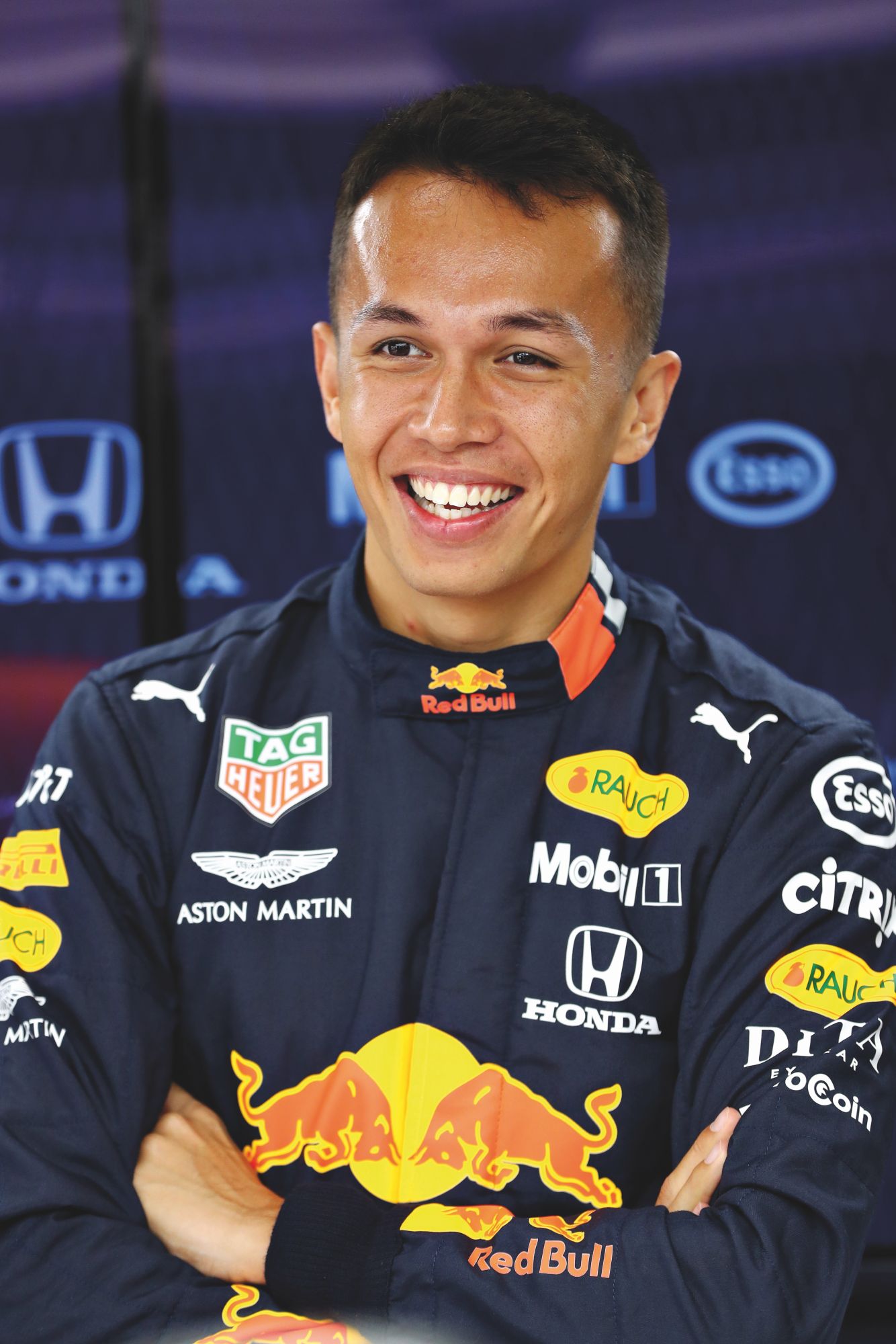 Sports
For taking Thailand back into Formula 1

As a baby, Alexander Albon Ansusinha’s first spoken word was “Ferrari”. Starting with go-karts at age eight, he placed in the top three of every competition he entered between 2006 and 2011. Once in formula cars, he racked up numerous high-placed finishes until 2019, when he made his Formula 1 debut with Aston Martin Red Bull Racing. In doing so, he became the first Thai racer to drive in F1 since 1954.