This Major Car Manufacturer Is Determined To Reduce Its Carbon Footprint, One Ride At A Time 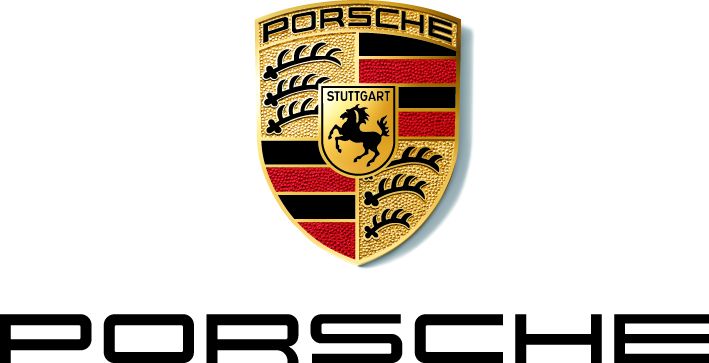 Porsche has launched its first fully electric car, the Taycan. Now it's racing towards a new goal: to make at least 50 percent of its cars sold by 2025 electric or hybrid

According to a 2018 Nielsen report, nearly three quarters, or 73 percent, of global consumers say they would “definitely or probably change their consumption habits to reduce their impact on the environment”. For many around the world today, climate change is seen as a major risk—a report by The Intergovernmental Panel on Climate Change found that people in 13 countries consider the issue as the top international threat.

In turn, companies have become more conscious of their carbon footprint, with several taking solid steps to put in place more sustainable practices throughout their value chains. This has resulted in a rapidly growing global sustainability and green technology industry that is expected to generate some US$57.8 billion in revenue by 2030.

As concerns about climate change and environmental degradation continue to grow, sustainability has become a top priority for one industry in particular: automotive. The sector has traditionally had a massive footprint—from the large amount of energy and raw materials it uses to produce automobiles, to the emission of greenhouse gases and air pollution these vehicles cause once they hit the roads.

Forward-thinking car manufacturers, however, are already setting a trend that will change the way we drive and live in the future. Porsche, in particular, has unveiled an elaborate sustainability strategy, which backs its innovations of electric technologies that will deliver raw driving pleasure with a conscience.

A marque on a mission to reduce its footprint

In 2019, Porsche delivered 280,800 vehicles worldwide—its highest number ever. It was also the same year that the German car manufacturer solidified its commitment to achieving its sustainability goals by 2025 with the launch of its first fully electric sports car, the Taycan.

Scientists are calling the four-door sports saloon the most innovative car yet, as it sports 27 new developments—13 of which are world firsts. These innovations include a high recuperative power of up to 265 kW as well as a 800-volt architecture—most electric cars have a system voltage of 400 volts. In terms of charging, owners can comfortably recharge their Taycan with up to 11kW of alternating current (AC) at home. The charging time is significantly sped up if they're using high-powered charging stations outside—it will take just 22.5 minutes to recharge the car's battery from 5 to 80 percent.

“By pursuing the strategy of making it the sportiest in the segment, we have defined a new architecture for purely electric vehicles,” says Michael Mauer, vice president style at Porsche AG. “Like what the 911 has achieved, the Taycan will become an icon of this new era, a synonym for a purely electric sports car.”

The Taycan’s two electric motors and two-speed transmission also means that it gets its power instantaneously. On the track, this translates to extremely quick century sprint time recordings. The flagship Taycan Turbo S boasts 761 PS overboost power with Launch Control and zero to 100 km/h time of 2.8 seconds, while the Taycan Turbo can achieve up to 680 PS in overboost power with Launch Control and hit zero to 100 km/h in 3.2 seconds. Top speed for both variants is 260 km/h and in terms of range, the Turbo S can drive up to 416 km (WLTP) while the Turbo can go for slightly longer at 452 km (WLTP).

Following the Taycan, Porsche has announced that it is working on the model's derivative, the Taycan Cross Turismo, which will combine the electric saloon’s performance with the practicality of a crossover. The car will be produced in the same carbon-neutral facility as the Taycan within Porsche’s main factory in Zuffenhausen, where green energy such as biogas is used to generate power.

Investing in the future of the industry

Porsche’s ambition to be a leader in electromobility in the sports and luxury car market is clear in the amount of investment it has made. Since 2019, it has acquired a 15.5 percent stake in Rimac Automobili, a technology and sports car company founded by 32-year-old Croatian entrepreneur Mate Rimac which develops high-voltage battery technology, electric powertrains and digital interfaces between humans and machines. By 2025, Porsche will have injected around 15 billion euros in electrification, sustainable production and digitalisation.

At the same time, the marque is cautious of the speed at which it can reduce its environmental impact with its current electrification efforts. It has hence started research on synthetic climate-neutral fuels, or eFuels. “With electricity alone, you can't move forward fast enough,” says Michael Steiner, who is in charge of R&D at Porsche.

Produced from carbon dioxide and hydrogen using renewable energy, eFuels have similar volume and energy density to fossil fuel equivalents such as diesel and petrol, which means they are compatible with current petrol and diesel engine technology. They are also cleaner than fossil fuel equivalents, as they create fewer particulates and nitrogen oxides.

See also: 5 Sustainability Advocates To Know From The Gen.T List 2020

Recently, Porsche joined forces with Siemens Energy and several other international companies on a pilot project in Chile to develop the world’s first integrated commercial, industrial-scale plant producing eFuels. The plant will power its production of the fuel using green wind power.

A major advantage of eFuels is particularly relevant for vehicles that need to travel long distances, an area that electricity and its available technologies have yet to be able to tackle. For this, Porsche is not only attempting to reduce the footprint of its customers, who want to do long road trips in their Taycan, but also potentially that of other industries such as shipping and aviation.

“Electromobility is a top priority at Porsche, and eFuels for cars are a worthwhile complement to that—if they’re produced in parts of the world where a surplus of sustainable energy is available,” said Porsche CEO Oliver Blume. “By using them, we can make a further contribution toward protecting the climate.”

For a start, the development of eFuels will help to sustain the 70 percent of Porsche cars ever made that are still on the road today. And as time goes, it will power the millions more the brand will produce that will be driven for decades to come.

The Taycan is available in different variants and specifications, depending on the country. Visit the respective local websites for more information about the car: Singapore, Malaysia, Indonesia, Thailand and the Philippines. For other markets, please visit the Porsche Asia Pacific website.